Portland is a city that I will always enjoy going back to, it’s a unique city with beautiful parks, great restaurants, shops, bars, breweries, music, and some of my favorite people. My first visit to Portland was in 2013, at this time Portland had already caught the attention of a lot of people because of Fred Armisen’s show Portlandia. Portland has seen a huge population growth since about 2010, east coast kids are looking to move west and lots of Californians have been looking to get away from the congested, dried up land of California.While there has been an influx of new blood arriving in Portland neighborhoods, it’s clear just by walking around that it has always had it’s own uniqueness that people have managed to hang on to.

You may or may not know that Portland is the #1 city when it comes to strip clubs and karaoke bars, not sure if anyone has combined the two yet, but I could get into that. Our last visit to Portland Paul and I decided a strip club was a must. After looking at some yelp reviews and asking my cousin for suggestions, we ended up at Sassy’s. This was my first strip club experience and it was fun, not as crazy as the rap videos make it seem, but fun nonetheless. If strip clubs aren’t your thing check out the karaoke bars, cocktail bars, live music, you might even run into an amateur comedy show.

While nightlife is always bustling in the city of Portland every night of the week, it is also fun to get out and see things during the day. Portland’s Rose Gardens are stunning and I’ve taken the time to see them each time I’ve visited. The city also has a zoo that is beautifully built into the Portland/Pacific Northwest landscape. Usually, I’m not a fan of zoos but the Portland zoo is a small enough to see in a couple of hours, and its really well laid out, keeping the comforts of the animals in mind. If you want to get out of the city, you can drive about an hour and a half east or west of the city. Drive East and you’ll find yourself at Mt. Hood, with skiing and snowboarding open all year. Head west and you’ll hit the Oregon coast, with miles of beaches and great little seaside towns where you can chow down on fresh seafood.

I’m sure the road will bring us back to Portland in the future, because I just can’t seem to stay away. 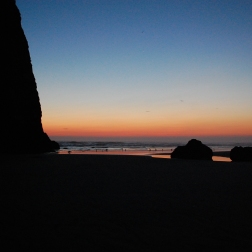 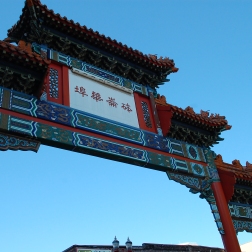 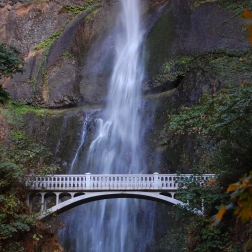 Crabs by the ocean